3. Sobel does not report any Mexican national elections during the Hermión period. While hardly free or fair, these elections did occur -- Hermión badly bent the Constitution but did not actually break it until he declared himself Emperor in April 1901. His position of "Chief of State" was an interim one, intended to carry out the functions of the presidency until a new poll could be held, since the Constitution made no provision for special elections. The next election took place on schedule in 1887, and unsurprisingly Hermión faced no organized opposition and was elected President. Sobel's confusion may be in part due to the fact that Hermión continued to be called "El Jefe". Frank Dana, in Academic Discourse, wants to stress the legitimacy of Hermión's rule and the continuity of Mexican institutions -- Sobel has a rather different perspective. 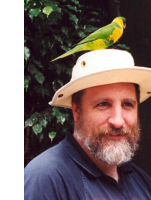